The story of a Rabbit with Magical Power

After being back home with my family, I decided not to cycle further to Egypt and into East Africa. It might be rather risky since Turkey is fighting a war with Syria.

I want to avoid too many long ferry’s trips via Cyprus too, so I stay in Europe. Relatively close to the Netherlands. On to Albania, a country high on my list.

The rabbit with special abilities, yet very down to earth

On my arrival back to Istanbul we move from the airport area to the Asian side. After many, many years I am back in Kadiköy, and do I like it?! Oh boy, I love it. Strolling around I notice balloons bobbing on the wind, a gun is placed nearby, for you to shoot at the balloons. Carts with chai are being pushed, women try to force red roses on embracing couples leaning towards a kiss. Couples come to the shore to be intimate, or to get married. Youngsters to skate and roller-blade. Hipsters to be hip and seen. And we to set eyes on it all.

My eyes are soon fixed on a rabbit. My friend had studied the rabbit and his caretaker, and had come to conclusion that no one ever stood still and took interest in the rabbit. Neither did the caretaker, he just smoked 5 cigarettes an hour, and did not put any effort in drawing customers to his rabbit.

So I decide to do things different. I went to the rabbit, strokes it on its head, kisses his nose and compliment the caretaker with his beautiful rabbit. The caretaker doesn’t care much.

The setting of Tonton

The next day we go back and we edify connections with the rabbit and his master. I try to get customers to the man his tiny stand, a narrow support with a wooden box on top, in front a cardboard panel with slides. In each slide a folded piece of paper. As soon as I have attracted the interest of three young women at the table, the master left no time to have them think. And before the three girls can react, the rabbit picked two pieces of paper! Well done!

The rabbit, Tonton we find out, had picked pieces of paper with a prediction of the future on it; his calling. 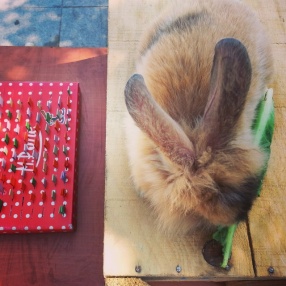 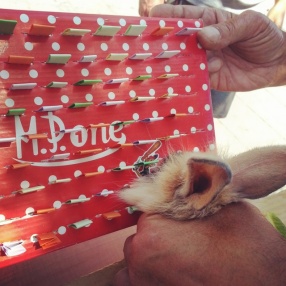 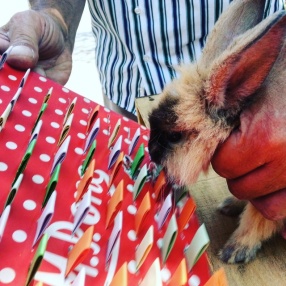 Tonton means ‘little darling’ in Turkish. And little Tonton is. A baby, a soft furry cuddling toy. A real living being, a rabbit. She is born out of a mother with very special powers and a father with lesser insights, yet Tonton made it to the highest ranks of predicting one’s future.

A fortune-teller, a soothsayer, a rabbit who feels you and picks a note with your future on it. It’s all done in a wink of a moment, that is, if Tonton’s master handles accordingly. The next day we visit this little furry prognosticator again, now to have my future predicted. The master of Tonton hurries to say it will cost me 3 Lira (about a euro). I would have paid triple. Because Tonton forecast of my future is worth every Lira. The master leaves me no time to think, not that I wished for, and voilà; Tonton has chosen a green slip for me. Probably because she thought it was fresh lettuce.

A passerby curious to this business, translates for me; he waves his hands across his throat as if someone wants to kill me. Google translates it like this: ‘O intention owner; He knew that the fate of the Mushaf (traveler) and bet lucky. You’d nail you to be patient in order. But the enemy is. They want to give you a loss. Be careful, they find that they should not fear them against the opportunities.’ 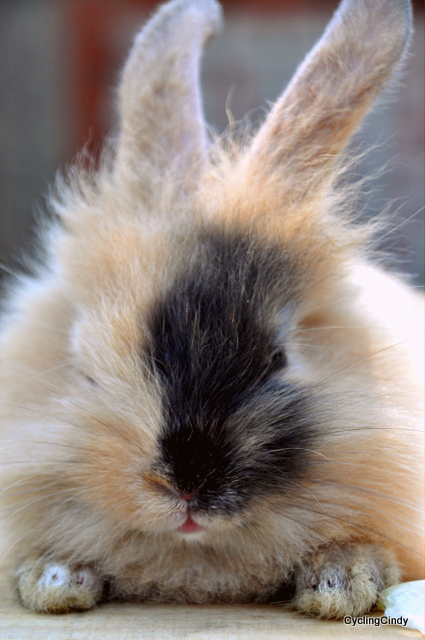 A fortune-telling rabbit, known as lepidomansi; picking up slips of paper by a rabbit, or jammed into the throat by the Romani maestro, is a long-standing tradition among future tellers. I ask the maestro what he will do with Tonton when she grows too big for the fortune telling-table?  Having had terrible experiences myself with rabbits growing extremely big, suddenly vanished the day before Christmas. The caretaker of Tonton has opened up by now and explains this tiny baby will grow to be a huge rabbit and will be eaten.

The next day we are off to leave Istanbul but not before offering Tonton two carrots. Perhaps being it a Sunday but the master and his protégé are not present yet. We address another regular pavement dweller to hand over the carrots. 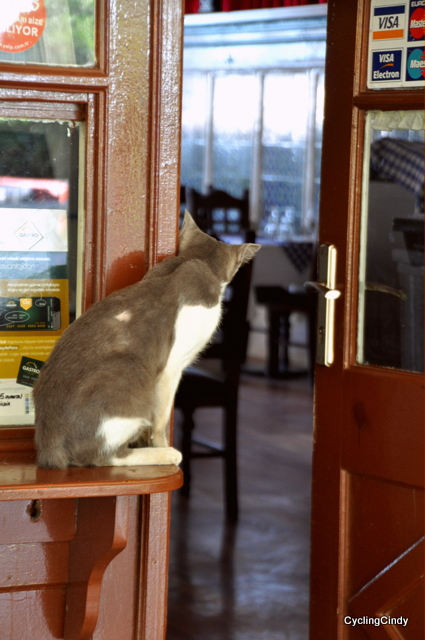 It dawns on me that Istanbul and the parts leading to get there seem to be independent from Islam. Although there are plenty of mosques, the gap between this and the previous generation could not be bigger. I have not seen a larger contrast than here, even the United Arab Emirates cannot compete.

Kadiköy has a tremendous high atmosphere where the small alleyways are filled with cats, music, chai stalls, people drinking kahve and a constant ongoing of dining. It’s not touristic life to its fullest! 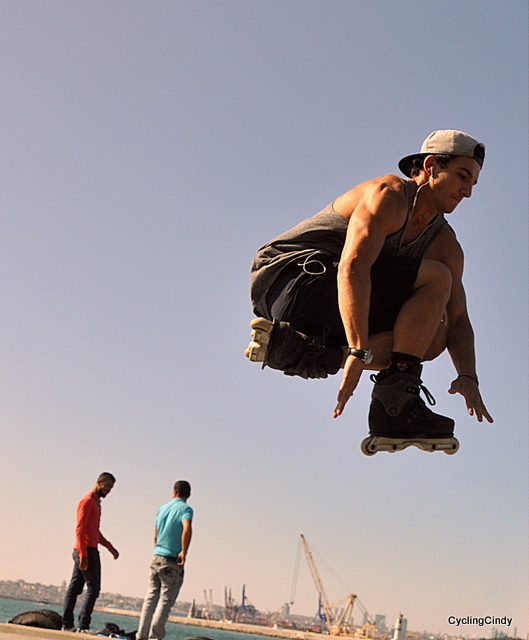 Cycling out of Istanbul we do take a ferry for a bit and then cycle via the airport back the way we came in. The park right beneath where giant airplanes are about to land, is busy with couples just married. Brides heavily made up, watching other brides’ dresses with envy and parade on ultra high heels towards the next setting where more photos are being made. The noise from airplanes seems to bother no one, except us. By now we strongly long for nature to camp in but much of our way to Istanbul and back, there’s only industry and massive agricultural fields. The outskirts of Istanbul are ongoing for many many kilometers. 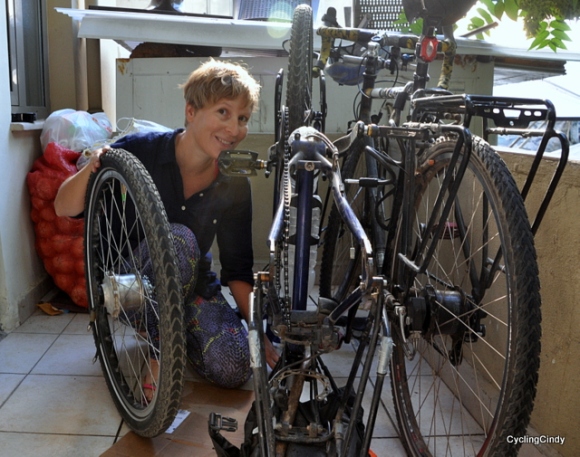 A nice thing about cycling through the outskirts of Istanbul are the existing cycle paths. Those paths are situated very near the coast, so we not only see men sunbathing, playing in the sea and catching mussels in their loose-fitting underwear, we also whiz over bright blue lanes where the locals use the cycle path as barbecue ground. The parks along the coastline are filled with people picnicking, making chai, preparing food and building fires. Dogs and cats roam free over the boulevard where children are running back and forth, as do speeding motorbikes and grown-ups playing football.

We cycle to the Aya Sophia and Bleu mosque, a little distance away from the shoreline. Remembering how it was many years ago, it is not more than a soulless attraction for me now. Hundreds of tourists are crawling like ants between the mosques. I prefer to see young guys with a radio taped to the steering-wheel of their bicycle. I prefer to see the simit sellers, the melon-cart pushers and the hand-made chai stalls. Or large families gathering together on beaches filled with dirt, where macho guys need to show their car racing tricks. 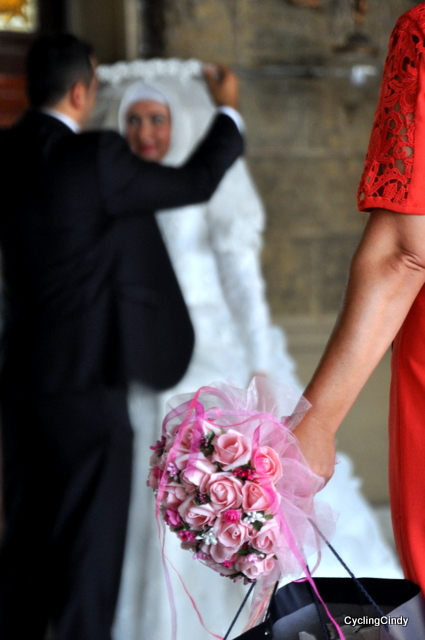 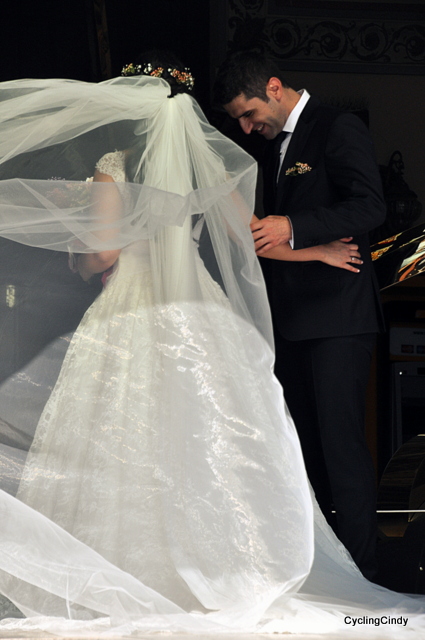 The front portal to Asia

Cycling through Turkey I notice this country isn’t seen through new eyes. For me Turkey is the front portal of Asia, of Pakistan and India. To me this is so very known that being in Turkey feels at home. Cycling together with a man, my lover, is completely different though; men leave me alone. Except for that person who offered to load my bicycle in the back of his truck, he hadn’t seen my lover far in front of me. Usually Turkish men are helpful, they’ll carry my panniers up to the room, which is fine. A few times I needed to say forcefully ‘no, I can do it myself’ when I was pushing the loaded bicycle up a steep hill or carried the unloaded bicycle down a flight of stairs. It is as if they see a woman the weaker species, or maybe the men are just overly galant? But again, being in Turkey, that is no novelty. Are Turkish men obtrusive? In a more specific way now I am with a man, that’s remarkable.

Back in chai business 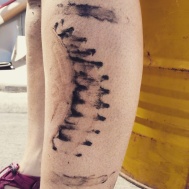 Try it: every day another photo of chai and still be original 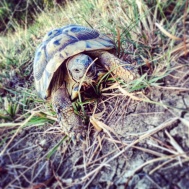 And with our first camp came a turtle

The ocean harbors so much life that I wonder why people choose this spot to live. Probably exactly for that reason. Many new mansions are built, a sign that the joint family in this Islamic country has fallen apart. Earlier built houses are never finished and mature in decay next to the rubble of building materials and blocks of concrete. Elderly ladies are fettering around their house in long skirts with a fine flower design, their skins thick wrinkly surfaces. They wear the headscarf firmly, plastic slippers on their feet squished in socks. They are the women who’d run the entire household. Watching women go by in miniskirts, cotton T-shirts and rubber toys to play in the ocean with. 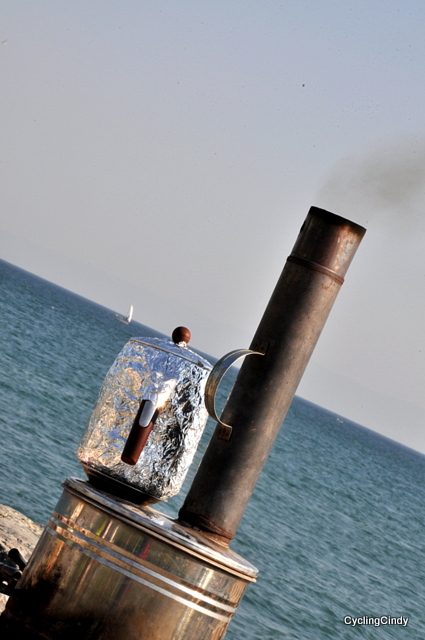 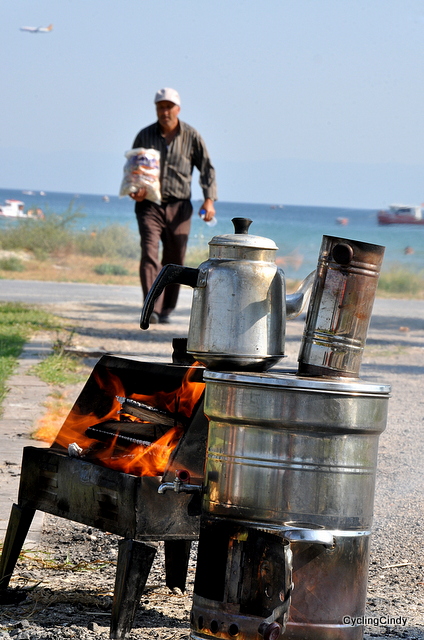 Tourist season is over. Gradually we move past smaller patches of agricultural earth, now all browns. The Turkish farmers don’t have service roads between the fields and so we cross the fields however we like, to find a camp spot in the open. We use the distance as our hiding technique. We still cycle on the main road, huge Metro, Newshehir Tourism and Pamukkale turizm buses pass us, their passengers watching us like we are doing something unfathomable. 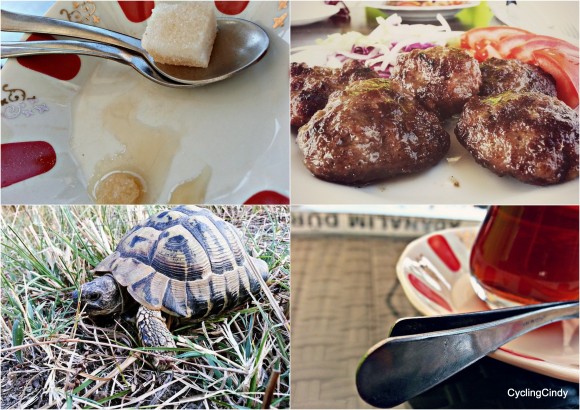 Over and over, the little crests of Turkey’s roads

We stray from the ocean and cycle inland. The shoulder at road E84 from Tekirdağ to Keşan is, as anywhere on Turkey main roads, broad. The hills high and the dips deep. Sweat is dripping from my face. Each time I am on top of another little hill, seeing the next climb coming up, I think ‘oh no, that is steep!’ When I have flown down the hill and am down in the deep dip, having the hill at its lowest angle in front of me, I think ‘oh, it is not that bad. It is not that steep seen from this point.’ And I start enthusiastic again, to start sweating and moaning and losing speed half way because it is actually quite steep. All day, over and over. 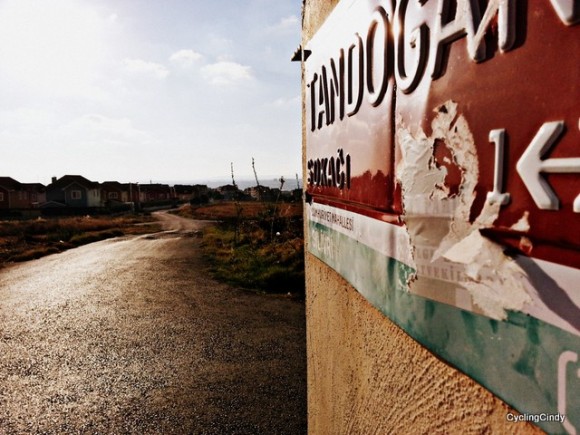 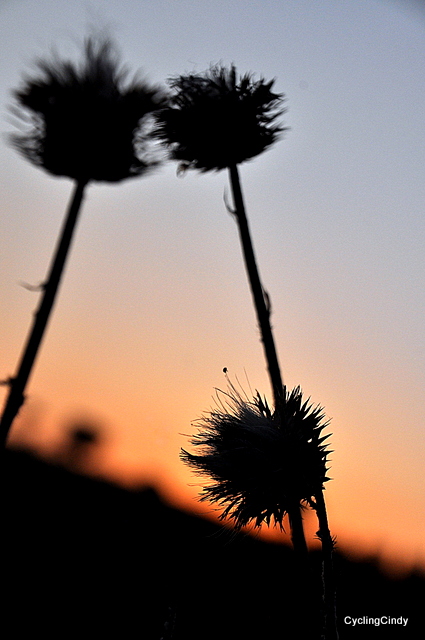 To end the day in a nature like Arizona makes me smile. Finally nature, although there’s not much. Nothing, stripped bare, having no commercial purpose. A land where even Turks seem not yet interested in, except a huge apparently new high risen apartment-city of Keşan nearby. Our camp spot need to be shady when we wake up because the sun is still uncomfortable hot as soon as it start to climb the sky. We end the day in a deep, almost dry riverbed as that is the only place with bushes and thus shade. 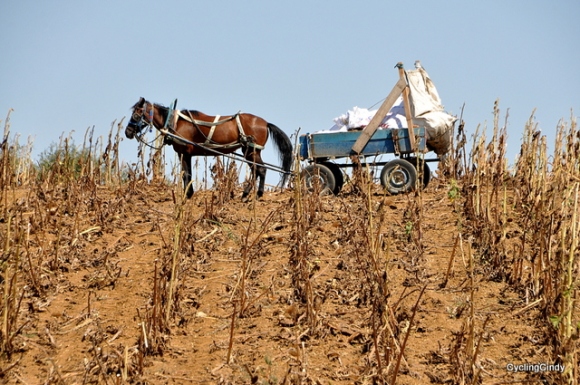 Now, we are almost going to cross Greece.

We cycled to and from Istanbul at the end of July until the beginning of September (2015) And due to a broken laptop I could not post earlier : (

Years of traveling brought me many different insights, philosophies and countries I needed to be (over 90 in total). I lived in Pakistan, went over 15 times to India and when I stopped cycling the world, that was after 50.000 kilometer through 45 countries, I met Geo. Together we now try to be more self-sustainable, grow our own food and live off-grid. I now juggle with the logistics of being an old-fashioned housewife, cook and creative artist loving the outdoors. The pouches I create are for sale on www.cindyneedleart.com

This site uses Akismet to reduce spam. Learn how your comment data is processed.

Compromise: a truck as a solution for a tent and a house 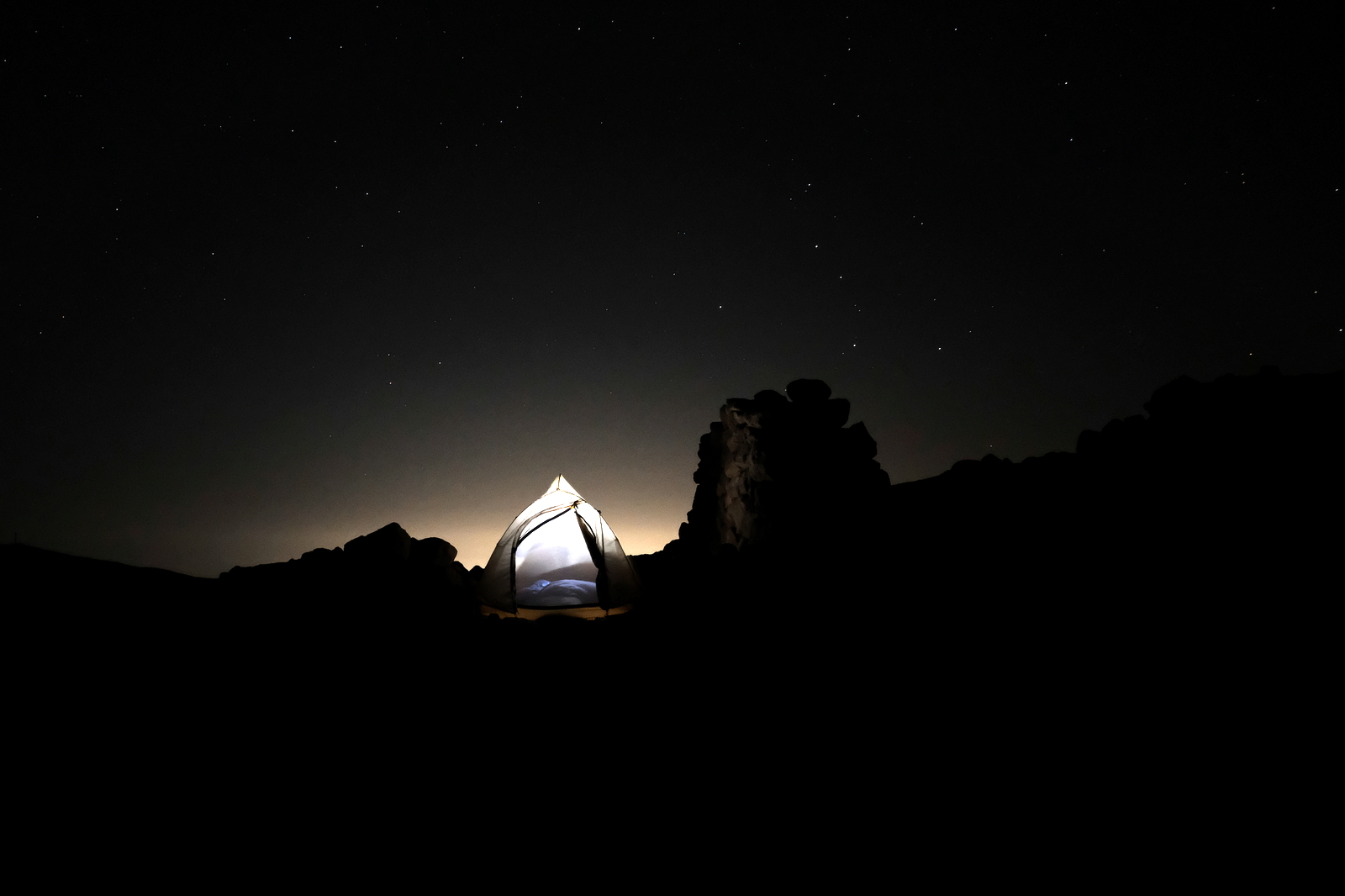 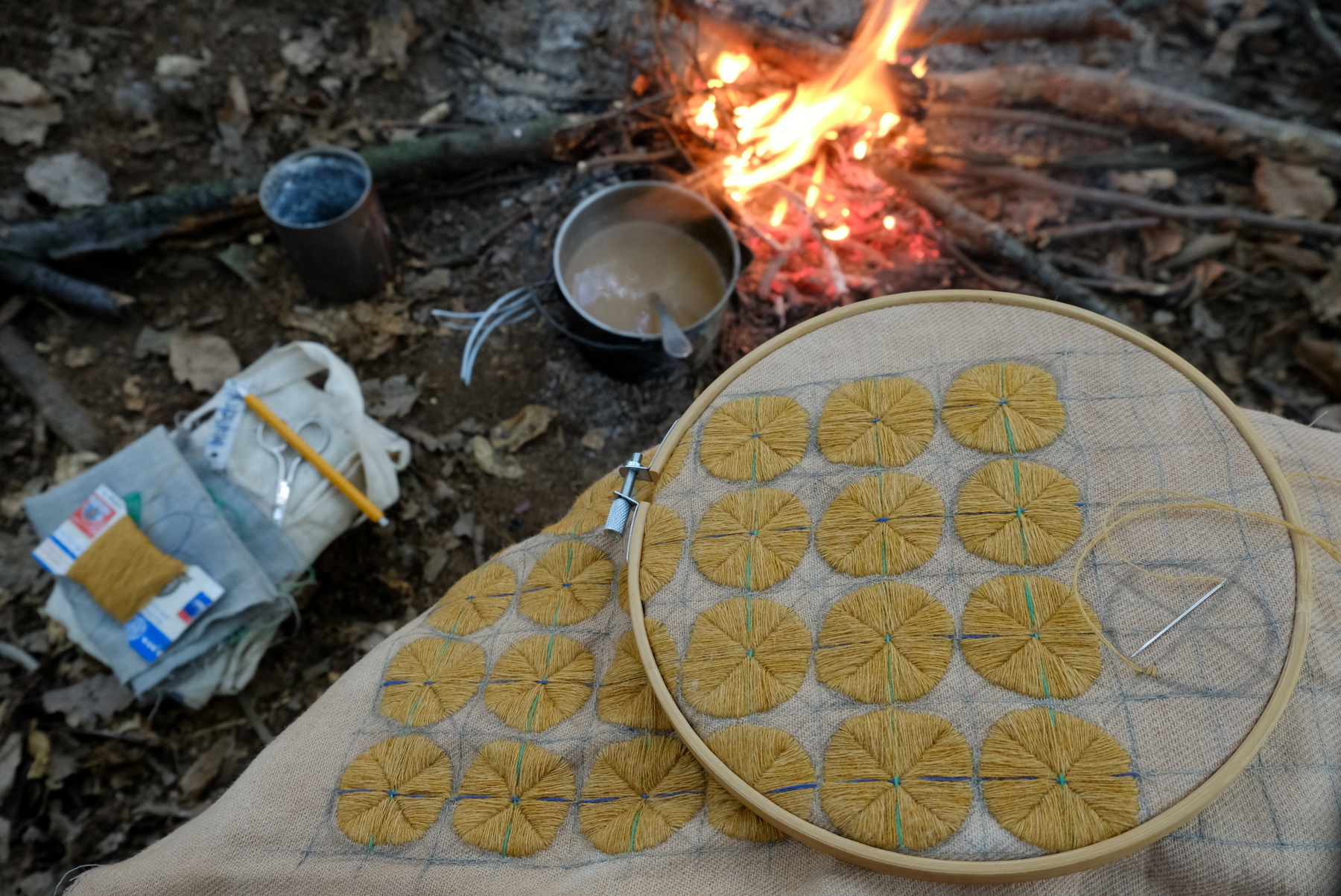 After cycling: good to know when you stop and start cycling 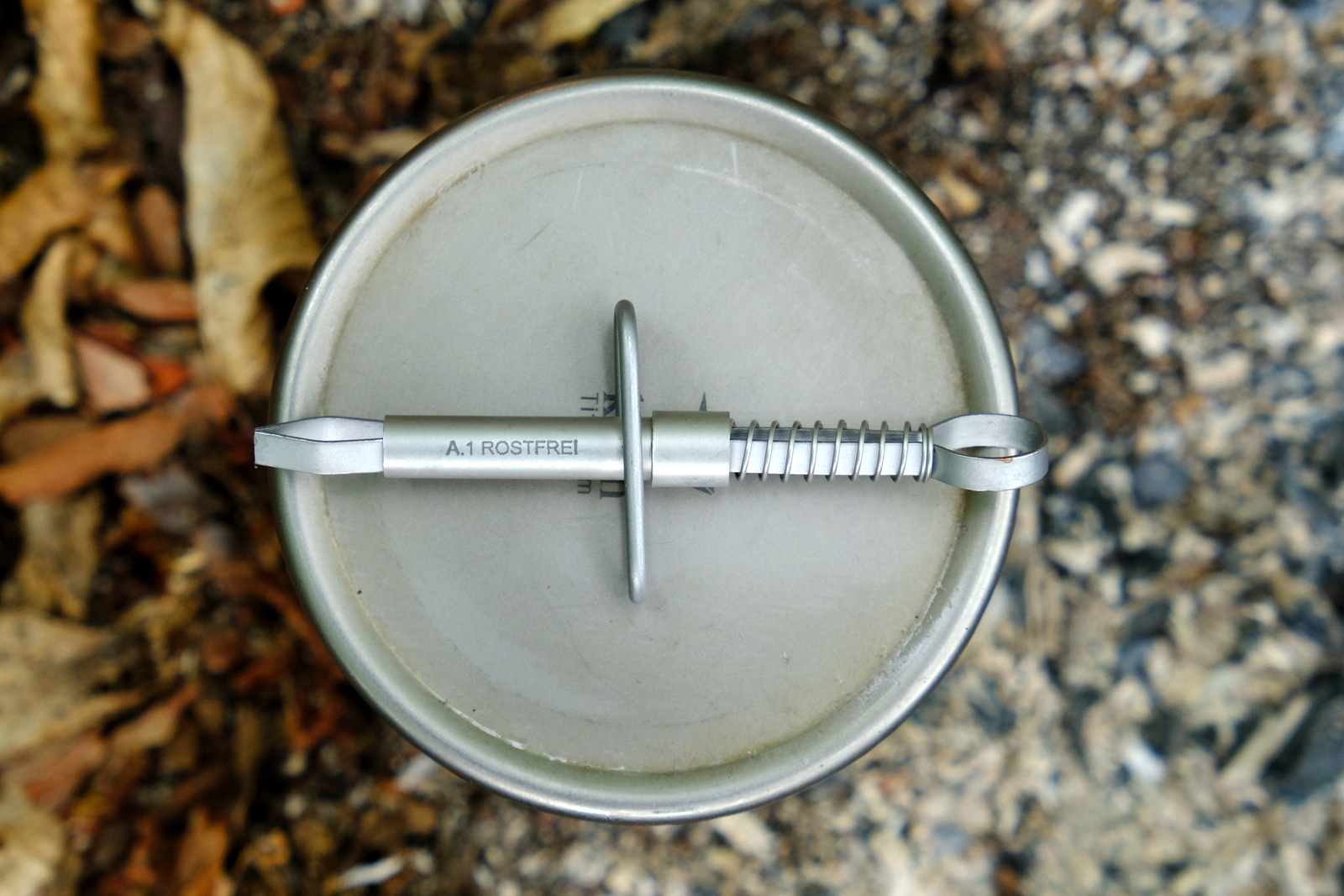